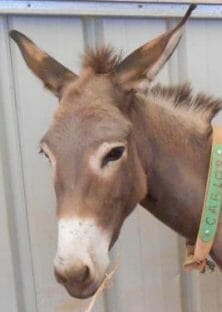 All creation groans in its longing for the redemption of God’s children.
adapted from Romans 7:19-22

“And when He approached, He saw Jerusalem and wept over it, saying, ‘If you had known in this day, even you, the things which make for peace!’”
Luke 19:41,42 (NASB)

Laughing and yelling to each other, the children ran from the crowd that strung along the path. Further up the hillside some of the older boys grabbed palm fronds that had fallen to the ground and went racing back. Others slipped out small, cherished work knives and whittled away more fronds. By the time the little girl reached the rough garden at the edge of her village, these boys ran back to the crowd. No taller than a work bench, the girl tugged at a frond on the ground. “Oh, it’s too heavy!” she said in a quiet, squeaky voice. A wild torrent of hazel hair danced around the shoulders of her course tunic.
She looked back at the crowd and could see the boys approaching the white dirt path that wound along the ranges up to Jerusalem. A way downhill a small group of men led a donkey with a rider along the path. The people were shouting to the rider and waving their branches in cheer. The boys yelled “Hosanna to the Son of David” throwing their palm branches onto the path. The rider smiled back.
Moving through the palms the girl spotted a fig tree with its large leaves and fruit pulling the branches downward. She sprang up just catching the edge of a leaf which tore in her hand. For a moment she studied the ragged piece. “Oh, it’s tool small!” she said impatiently as she let it go. Leaping again and again the girl finally snapped off a whole leaf as big as a platter.
Meanwhile the procession came up the trail, paused, and the donkey waited. Down she raced back to the celebration as fast as she could. A thorny bush scratched her forehead and rocks scraped her knees and elbows. Down she tripped and tumbled. She sat a moment, saw the tattered fig leaf still in her hand and tears started. “Oh, it’s broken!” she mourned. Suddenly she saw the procession could soon pass her by. Hopping to her feet she quickly but carefully made her way down and pushed through the crowd. There was the rider!
And the donkey waited. Right in front of its dusty hoof was a patch of bare dirt. She knelt there to lay down the leaf. Her dirty hands, no bigger than a ripe fig, were also scuffed and sore but she took no notice. She placed the leaf deliberately on the path, smoothing the wrinkles. It took awhile to piece together the torn edges so it looked whole again.
Still the donkey waited. Finally she stood, examining the leaf to make certain it was just right. Then the donkey nuzzled her hair and licked her sweaty forehead. His steamy breath flowed all around her scrunched up face. Giggling she reached out to stroke the coarse hair on its long nose, and then noticed the rider was looking at her. He seemed to reach up to the sky though He was no bigger than her own father. Imitating the adults around her, the girl raised her arms and exclaimed “Hosanna!” He looked at her with teary eyes and a big smile, and nudged the donkey to continue on to the city.