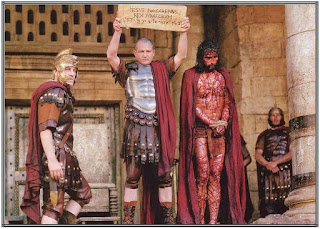 There has been a fad among Christian teachers to proclaim that Jesus was political. It seems they imagine this is a modern, relevant depiction. One that speaks to the superiority of good governance, the republic of heaven, perhaps even the greatness of American democracy. But this lowers His authority.

Scripture tells us that Jesus Christ is the King of Kings. His rule is not political; it is holy as He is holy. He is light unapproachable which represents perfection (I Timothy 6:15,16). The best politics serve to maintain order and civility in the societies of imperfect humans. The King of Kings comes to restore perfection where it has been lost. Jesus is not our best choice for leadership once we get it right. His authority is completely without our interaction, without our vote. It is not “by [or] of the people”. It is entirely separate from the people, thank God.

Jesus declared, “For I did not speak on my own initiative but the Father Himself who sent Me has given a command to Me – what to say and what to speak. I know that His commandment is eternal life; therefore the things I speak, I speak just as the Father has told Me.” (John 12:49-50)

No politics of man can approach this form of authority and rule. God’s rule is utterly intolerant of that which does not conform to His commands. Its equality for all lies in this intolerance. Every one of us is equally undeserving of His favor. Scripture declares, “There is none righteous, no not one.” Herein lies the beginning of our liberty: we are free from trying to be something we cannot be. We cannot be righteous enough to deserve God’s grace. Without His intervention for us we are all equally condemned in His presence.

Jesus came to say what the Father told Him to tell us all. He also came to die, an innocent man executed as a criminal. He came to die for each of us in our place. And when in His full humanity He was repelled by death, Jesus appealed to His Father to be spared from this extraordinary unfairness, humiliation, suffering and pain. In answer to this request God affirmed it was His command that His Messiah and Son would not be spared.

Humans reject God’s allowance of pain and suffering. They claim He is unfair and capricious; that He does not exert His power to protect us. But scripture says, “He who did not spare His own Son, but delivered Him over for us all, how will He not also with Him freely give us all things?” (Romans 8:32) This is the paradox to note: God does not protect us as we want to be, but as we need to be. We need to be protected from His wrath or, more properly, delivered from it. And in the death of Christ Jesus is His great deliverance, His grace, blessing and help.

But why is God wrathful? Well He is not in the human idea of that word. God is not full of wrath. All that is not perfect is unable to be in His presence, except here on earth. Therefore there is no eternal life with Him possible to His own cherished creatures unless He restores perfect righteousness to each of us. This He does on the Cross for those who accept His death on their behalf. God loves us and is therefore angry at that which keeps us separate from Him.

To wish Jesus to be our political leader is to wish for our own death. We are not fit to live under His authority without His authoritative intervention. He is our Savior, not our President. It would be wonderful if our politicians were more like Him. It would be horrible if He were one of them, even as their Chief.

As cited above Paul wrote to Timothy, “He who is the blessed and only Sovereign, the King of Kings and Lord of Lords, who alone possesses immortality and dwells in unapproachable light, whom no man has seen or can see - to Him be honor and eternal dominion, amen.” John recorded His vision of the apocalypse in the book of Revelation and includes “And on His robe and on His thigh He has a name written: King of Kings and Lords of Lords.” (Rev. 19:11-17)

The disciples of Christ clarify it is not a matter of how we vote but how we believe. Peter said, “There is no other name under heaven… by which we must be saved.” (Acts 4:12) Paul wrote, “That if you confess with your mouth Jesus as Lord, and believe in your heart that God raised Him from the dead, you will be saved.” (Romans 10:9)

He is Risen. Happy Easter!